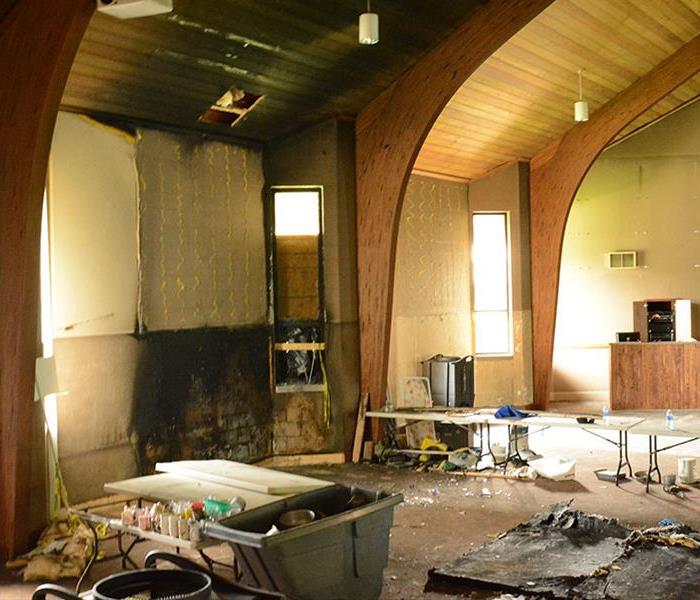 Fire Damage in a Church

Disaster Preparation in Las VegasMost people do not prepare for disasters because they do not think about what can go wrong until the disasters actually occur. Unfortunately, when disasters hit, they affect everyone in the community which make it harder for the police, medical, professional first-responders to help everyone at once. This is why it is paramount to know the different kind of disasters that can strike in the area one resides at so that they know how to prepare for them before hand. Disaster preparation and having an emergency plan make handling the situations much easier and will be much lighter on the wallet. This article will talk about many of the disasters that occur in the Las Vegas area and ways to prevent and/or handle them.

Disaster preparation first requires knowing the most common disaster types in the area. Because of the location of Las Vegas, it does not face the same threat of natural disasters like many other places (tornados, hurricanes, etc). Rather, the biggest emergency threats include fire and water damage. The fire damage stems from the torrid desert weather from the area; it makes things much easier to catch fire and things already burning may burn more intensely than other places. Due to the longevity and intensity of heat, water comes much harder despite being less frequent as other places. Understandably, this excess can cause damage.

Emergency preparedness is not as difficult as you may think it would be for these disasters. The very first part to your emergency plan should be to get some kind of insurance. The key to insurance is making sure that what you are insuring is relevant. While tornado damage insurance may not be the most sound investment, wildfire damage may be, especially in the more dry areas. The second part to emergency preparedness is to make sure that if something were to occur, the people involved and the area (house, business building, etc). is safe. If the house were to burn down, is there another safe place to seek refuge? Is there enough food? Will the food last (non-perishable)? Just considerations such as that. If it were the other type of damage, is the house still habitable (mold, bacteria, etc)?

The best way to prepare for heat damage is:

Although they may seem obvious, these are the most common things people forget that work the best.

For water damage, take these into consideration:

This too may seem trivial but it helps. The main thing about this kind of damage is not the damage itself but how it affects the area and being mindful of the deadly combination of electricity. SERVPRO of Downtown Las Vegas can help answer any questions you may have about Disaster Preperation and how to minimize Disasters in your business.